Back in the early '60s the late Ben Staub Sr. of Dayton Ohio began to collect Model "A" Fords.  In the mid-70s Ben thought that it would be fun to have an old gas pump next to his '29 Woody Wagon.  He purchased and restored an original visible gas pump but noticed that it began to rust by the early '80s.  As prices kept rising on original pumps Ben decided that there must be a market for a high quality reproduction gas pumps made entirely of rust free aluminum.

In 1984 Ben started the first company in the world to re-manufacture gas pumps and officially opened Benkin Pump Co. in March 1985.  The name comes from Ben and "kin" also known as his very supportive wife Evelyn and their four children: Sandy, Leslie, Ben Jr. and Steve.  Originally the company was going to be called Benson Pumps but the women of the family protested!  While Ben passed away in 2014 his legacy of producing the highest quality gas pumps available lives on!

In 2015 we celebrated our 30th anniversary and today Benkin Pump Company is still going strong!  The family business has sold over 3,500 pumps to satisfied customers all over the world.  Recently we combined the operations of Benkin Pump Company with the operations of our sister company Butch's Cool Stuff and have opened up a showroom at our new expanded location just South of New Carlisle Ohio.

We continue to support American manufacturing and thank you for your interest in our company!

"Bringing The World Nostalgia Since 1985" 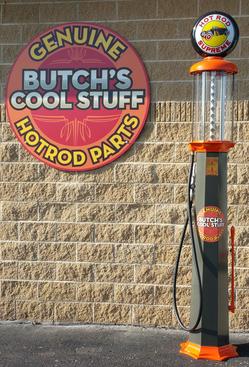 Our 100% American made products have been displayed and sold in some of the finest museums, stores and homes all over the world!

From the very first gas pump sold in March 1985 customers have continually been thrilled with the quality and appearance of the Benkin Visi-Bowl Pump and our other products.  We are proud to have sold over 3,500 pumps since then, much to the delight of customers everywhere! 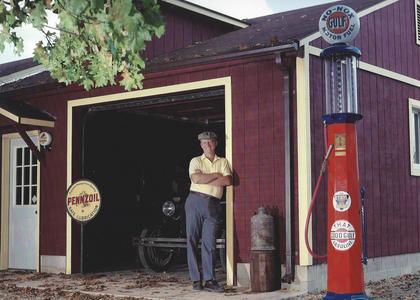 ​Most of the time, please call prior to visit.